Our normal paper sale is on Saturdays 11:30 to 1 at the Hoe Street end of the High Street (opposite Pizza Express and Nandos). This has been postponed due to lockdown but will resume as soon as is safe to do so. 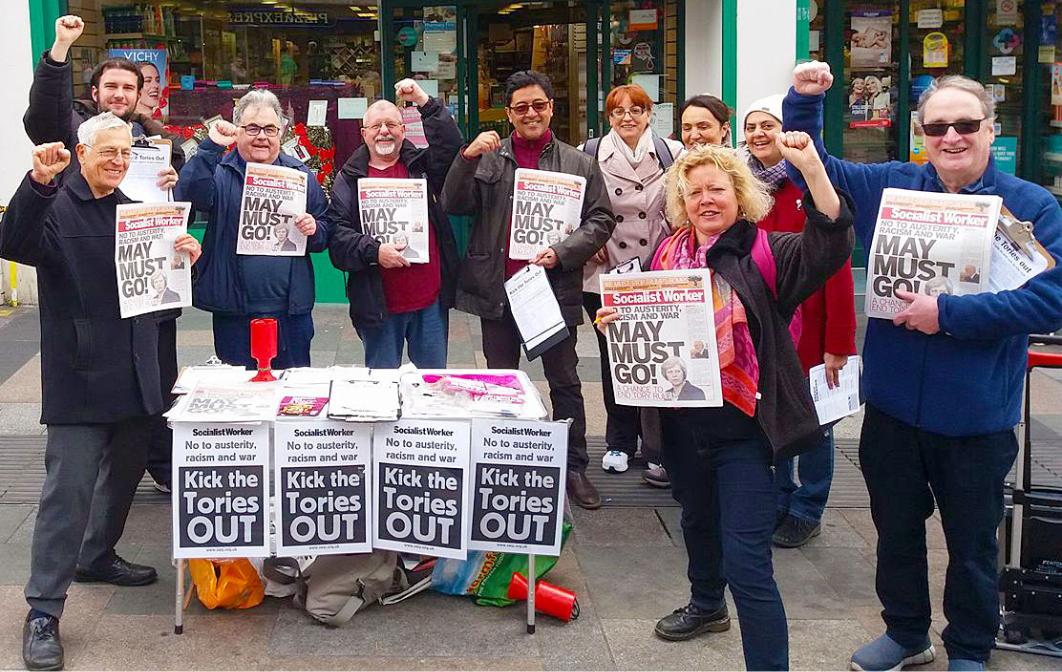 We’re proud of our long record of supporting the workers’ movement in Britain, from its high point in the early 1970’s, through the tremendous battles fought against Margaret Thatcher’s government in the 1980’s, right up to today’s strikes against austerity and Boris Johnson’s government.

Climate change is a crucial issue that requires an assault on capitalist priorities and a revolutionary solution.

Over the years we’ve also supported struggles against racism and for the rights of women, LGBT+ people, disabled people and other oppressed groups. Socialist Worker played a key role in the foundation of the Anti Nazi League in 1977 that saw off the fascist National Front, and we continue that tradition today with our support of Stand Up To Racism and Unite Against Fascism’s campaigns against the racists and Nazis.

Socialist Worker is also an anti-war paper. We have consistently opposed all imperial wars and occupations, whether it’s the British army in the North of Ireland, the Israeli occupation of Palestine, the US-British assault on Iraq and Afghanistan or the attacks on Libya and Syria. We support all struggles of oppressed people against their rulers and bosses. Above all Socialist Worker is a revolutionary paper. We don’t believe the capitalist system can be patched up or reformed. It has to be brought down by workers rising up against it, and replaced with a socialist society based on equality and organised around human need, not profit.