After the Sewell report, how can we beat institutional racism? 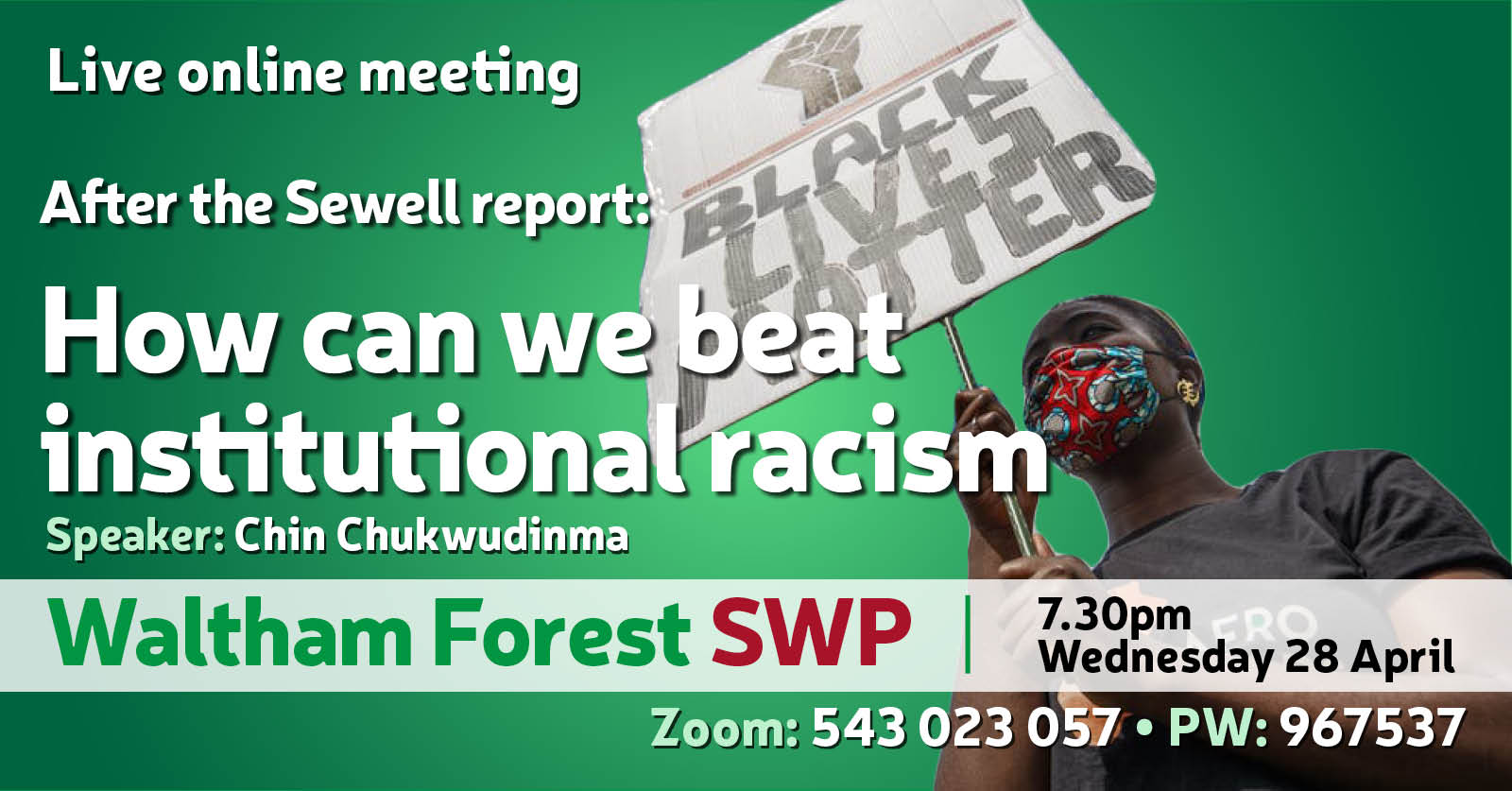 Boris Johnson’s Commission on Race and Ethnic Disparities- led by the Tory, Tony Sewell – has caused outrage by its denial that institutional racism exists in the UK and in its refusal to examine the legacy of Britain’s history of slavery and colonialism.

After a year of pandemic that has hit black communities disproportionately and in the wake of the Black Lives Matter movement, the government is determined to deny the reality of racism. It has targeted the BLM movement in its new police bill, while stoking up the scapegoating of refugees and migrants with Priti Patel’s new asylum legislation.

A government which accuses its ideological opponents of “cancel culture” is trying to cancel reality with a racism commission which insists there is “no evidence of institutional racism in Britain”.

The daily experience of millions shows the need to combat institutional racism is more important than ever.

Join this meeting to discuss how we can make racism history.

We have cancelled all meetings in person and will be hosting this meeting via Zoom.